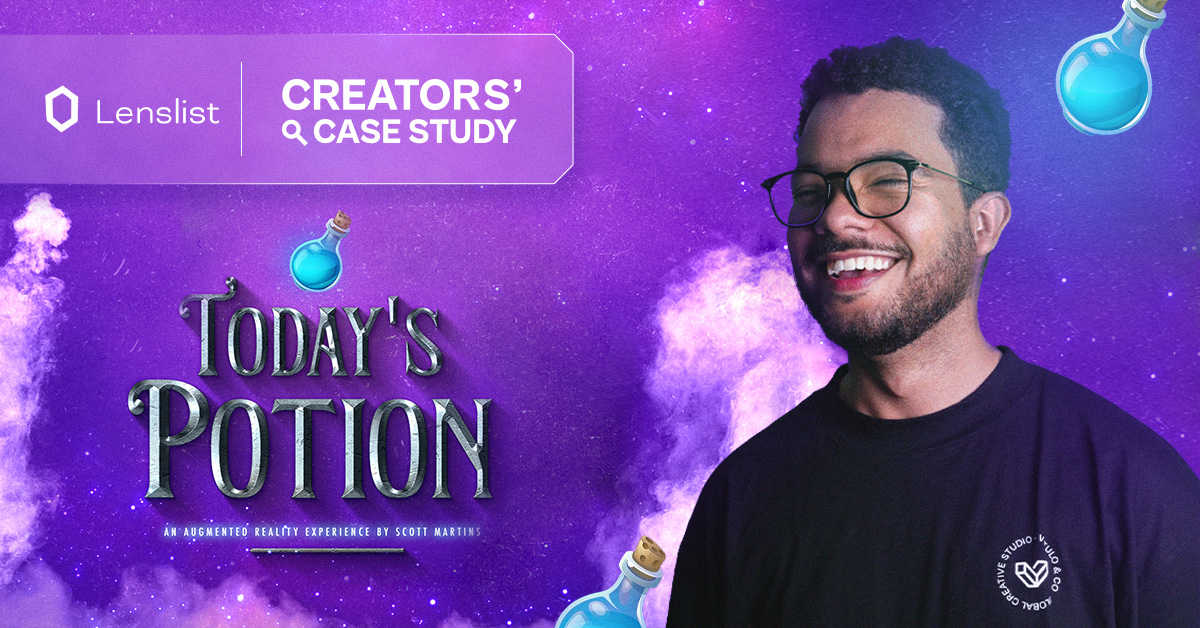 Have you ever thought about how reality differs from fantasy? 🤔 Actually the answer is trivial and obvious – fantasy has no boundaries, it is absolutely endless.

Confirming the above logical conclusion, we invite you to get acquainted with our next digital artist. Scott Martins is a Spark AR Creator who made his fantasies come true with the help of stunning AR capabilities.

Plunge into his wizARdry cyber universe, full of magic and surprises, and discover the work behind “Today’s Potion” Effect. 🔮 In addition, it will undoubtedly be useful to find out his history of growing in this visionARy field, the process of working on demanding designs, and other interesting things that today’s guest sincerely shared with us. Combine business with pleasure with our new “episode” of Creators’ Case Study! 😁

What was the idea for creating an Effect, and how did you come up with it?

To be honest, it was kind of crazy! We had the Spark Worlds competition this year and I really loved creating Effects for the back camera, because the idea of having something that doesn’t really exist in your environment is just very exciting for me. To take part in the competition, I really wanted to create something that could be interactive and tell a story at the same time. I came up with an idea that mixed stones and souls at first but it didn’t work out, so I decided to start all over again and create something new but still keeping a story to it. It’s not a secret I’m a huge fan of Harry Potter, so I decided to look that way and remembered some games from the saga I played back in the days. The preparation of the potions part in the game was one of my favorites and I decided to make my version of it in AR. And I’m glad I did because “Today’s Potion” won second place in the Spark Worlds competition! Now I’m able to fulfill my dream of visiting London and the Studios of the movies with my prize.

I usually like to write down the whole narrative. For this Effect, I wanted the user to read a message from a “Master of Potions” before the cauldron really appeared, which would set a tone and a conversation. So, I really enjoy imagining and writing down the user’s journey to check if everything makes sense and goes very fluid. I also imagine how the assets are going to be and the visual identity of the Effect. I have worked with design in advertising agencies in the past so I really love good branding. With the design set, I make a list of every aspect, feature and interaction I want the Effect to have (delay frame, distortion, music, sound fx, actions and so on). Next part is putting my hands on deck and making the magic happen! 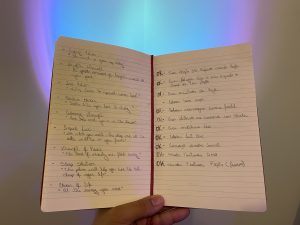 Could you describe us the steps of how you create an Effect – tools you used, templates, features, biggest challenges, and milestones?

I didn’t want to have any mistakes on “Today’s Potion” so I decided to start off with the “Real Scale” template. I felt like it had more accuracy and more stability which made me go on with that choice. Getting all objects in the scene, it was time to focus on the logic of how everything was going to happen. There’s no doubt that creating all the interactions and possibilities of answers that you can have in the Effect and making everything fit inside the 4mb limit of Meta Spark Studio was really hard. But the most difficult part was to keep the visual Effects I wanted (particle system, delay frame, distortion, and shaders) and still run smoothly on the user’s device. In the first tests, “Today’s Potion” had much more brightness and magic to it (there were even more animals, like frogs and spiders) but it took my smartphone temperature to the heights which made me polish it. 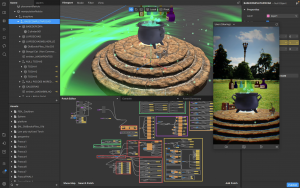 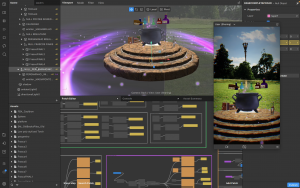 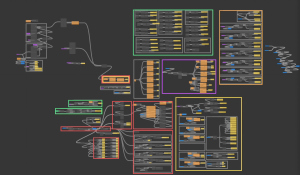 How does your Effect work? Please share with us a video with the complete Effect!

Basically the Effect is intended to invite the user to prepare the potion that is going to help him/her go through that day. First, the user position a parchment in the environment, this parchment contains a message from the “Master of Potions Scott Martins” (yeah, a lil easter egg) explaining that, to prepare that potion, the user has to choose 5 from 7 ingredients that float around the cauldron.
Each time the user taps a bottle, the ingredient falls into the brew and it changes color (the liquid, the particles, the magic). By the end of it, the cat meows and the Potion is ready, being shown right above the cauldron, together with a piece of parchment telling the user the name and what that brew does.
The trick is, using random, I could create a variation of types of potions. We have 10 types of bottles that can appear, 12 colors that the flasks might be, 12 colors that the liquid inside the flasks can be, 12 colors of the little string that ties the bottles and 20 types of messages, so everything is randomized till the end of the experience. I wanted to make sure that people would really get different results when they tried the Effect.

Does it meet your expectations? Did you learn something new in the process?

Definitely. I mean, I believe every creator thinks that their creation should be better, and there are things that I do want to change in “Today’s Potion” as well but I’m really glad with it. Little Harry Potter gamer Scott would never dream his future self could create something like this, so this Effect has a really special place in my heart and winning 2nd place in the competition and using my prize to fulfill a dream really feels full circle.

Have you managed to believe in magic? 💫 It seems simple, immersing yourself in the spARkling world designed by such gifted Creators like Scott. We are immensely grateful to you Scott for participating in our Case Study! So now we are all going to prepare our unique “Today’s Potion”! 🧙