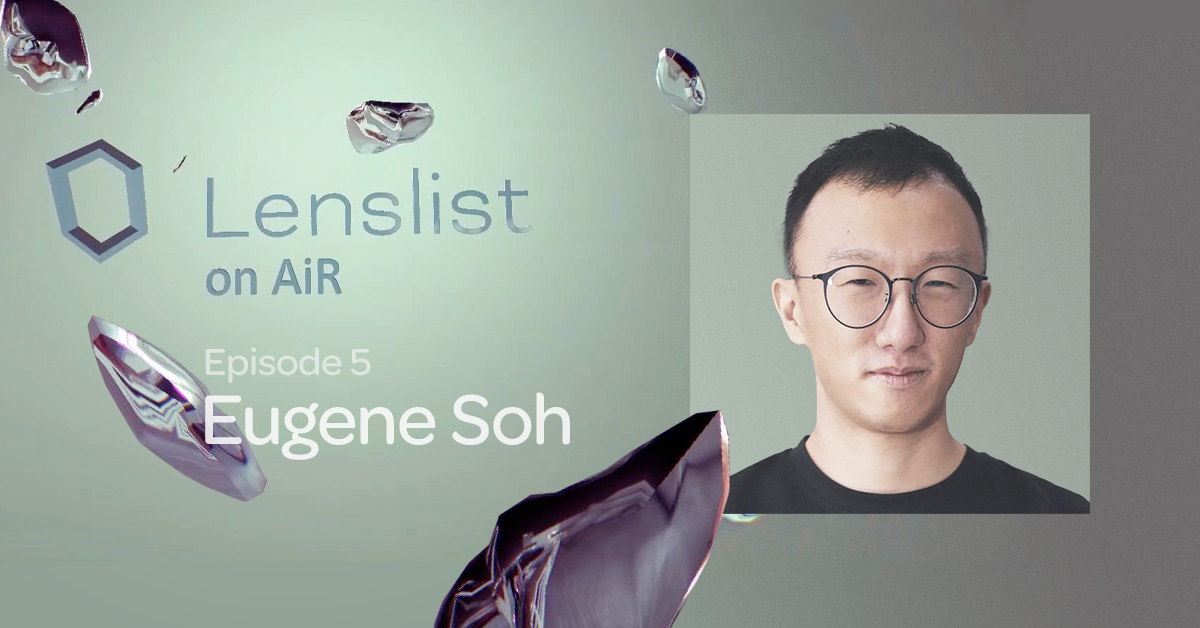 The concept of modern AR design is still relatively fresh, but what never ceases to amaze us is how many outstanding minds have already appeared during its not so long existence… 💎 This time our guest, the star of today’s Lenslist On AiR, is a passionate photographic artist, game designer, programmer, and an AR Creator. Meet Eugene Soh, whose original thinking will push you to think outside the box in an extraordinARy way. 😏 Eugene shared with us the spectacular story of his beginnings, the primary peculiarities of his study and many other fascinations that can be intriguing to hear for both beginners of this journey and even for advanced ARtists. Dive fully into Eugene’s world through a custom-made AR Gallery, inspired by the futuristic aesthetic and exotic nature of Changi Airport in Singapore! 💥🦋🌿

We are extremely pleased to present an incredible digital space designed in collaboration with the one and only – Eugene Soh! His works, often created for a worthy cause, are presented here in a breathtaking setting – after all, the inspiration for the gallery was the exceptional Changi Airport.
This majestic structure is located in Singapore, Eugene’s homeland – therefore it seemed to be the most appropriate place to present his unique Effects! We invite you to admire the glass dome, lush vegetation, and a real-like central waterfall. Take a walk around this particular structure and admire all the remarkable filters. Have fun exploring our AR gallery and don’t forget to check out the featured filters! Enjoy!


As you said, you link your beginnings with photography and programming and all of that stuff, and now you’re creating AR Effects. So why did you decide to stick to AR? What’s so special about this? 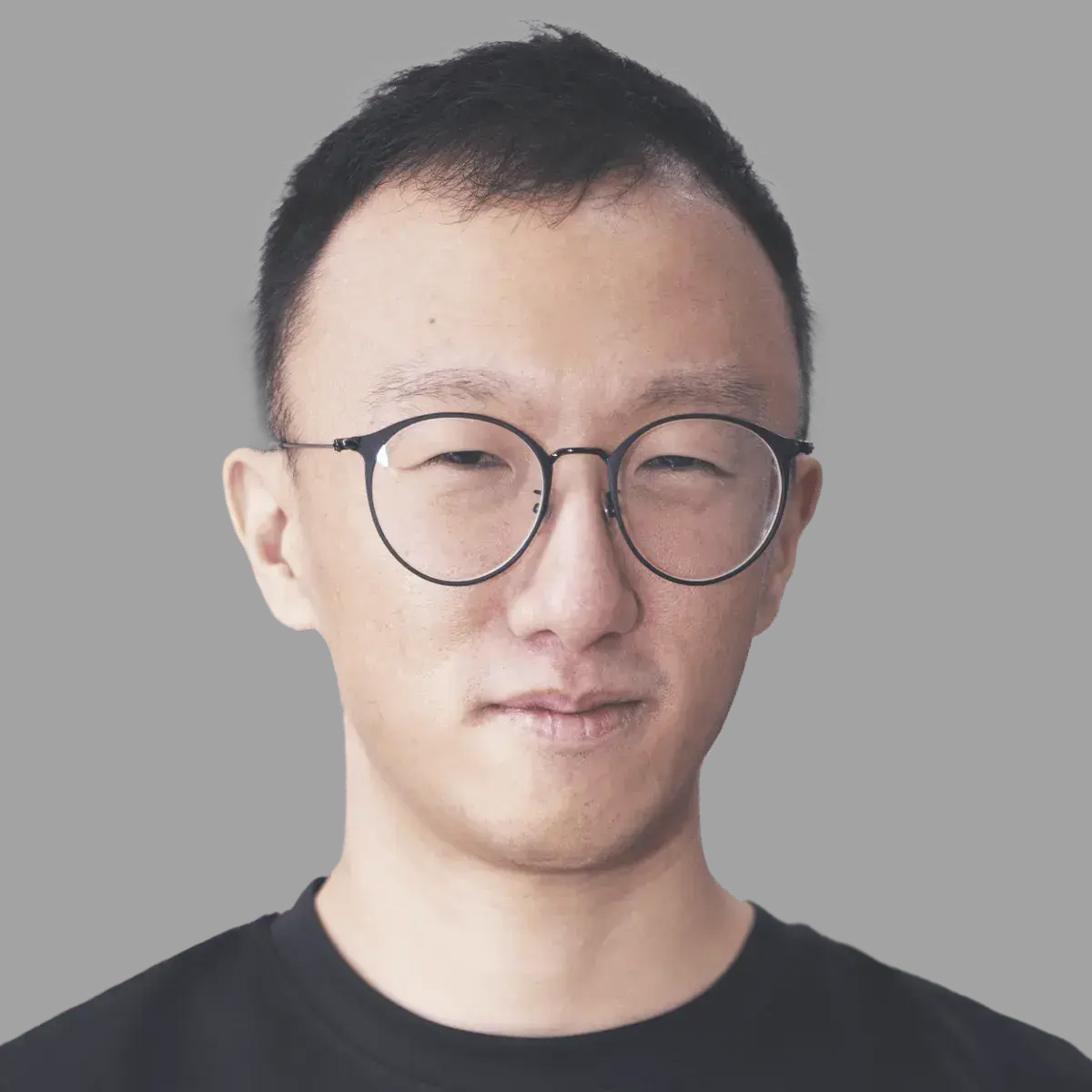 So every year since I graduated, it almost felt like extended art school. Every year I’m doing a different thing.The only difference is that now these projects are for clients. Every year it was kind of different. Until 2018, when the Singapore Tourism Board and Chan + Hori Gallery, the gallery that I mostly work with, wanted to send five of my old photography works overseas on a world tour… To five different countries.
They wanted to have this, like, art exhibition, traveling art exhibition around the world. And they wanted to feature five of my photography works. By this time, by 2018, these works were already considered my past self. I’ve not touched them for ages already. And I’ve been doing all sorts of tech stuff. Then they know that I do tech stuff. They wanted me to do Augmented Reality on top of my work. But the Augmented Reality at that time that I knew was the kind that you had to develop your own standalone app, and then put it up on the Apple Store and Google Play Store. And then during the exhibition, you beg people to download it, and nobody does it, because nobody wants an extra app on your phone they use just for exhibition. You can tell them or you can uninstall it afterwards.
I wasn’t keen on the idea. But then later they told me that there is a new way where you use Facebook instead of building your own standalone app. So I was like ‘Oh, okay’. I didn’t quite believe them, but I went to check it out, and it turns out they were right. It was using Spark AR Studio. At that time there wasn’t Instagram, it was just Facebook at that time. So I went home, checked it out, built a prototype, and said ‘Oh, okay, it works’… And then we had the exhibition in two months. It was traveling around the world already…
That was my first project, using the Target Tracker and making my characters inside my photos and starting to move and animate like a Harry Potter portrait. After that, I started experimenting, and I joined the Spark AR Community. Then I did more experiments like Target Tracking my nipples, and then I shared it on the page. And then after that, I just kept sharing more. And I guess the feedback from the community, the kind of laughs and reactions that I get… It’s fun. It’s fun. And knowing that these guys are my people, they get me – ‘Okay, I’ll do something more’. 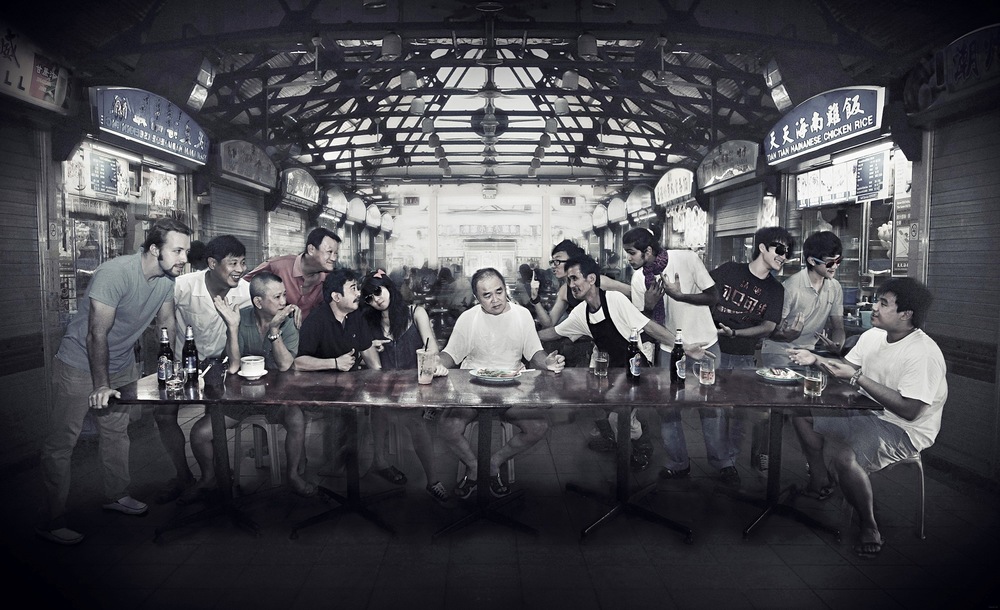 
Which project was your milestone? Like, the proudest moment that you created?

Oh, wow. I don’t know if you remember Face Invaders 3D. It starts out as a selfie of you inside a spaceship. And then when you press record, it will flip around. And then you are looking for the perspective of the pilot. And then now you’re piloting a spaceship, and then you can look around. This was using the front camera, but I made it such that when you look around using the front camera, it is as if you are using the back camera to look around a 3D world, kind of flip the rotation. It got really complicated back then when I was trying to do it. I think now if I were to do it would be a bit more simpler. And then that project, you look around the spaceship and then you’re actually flying down towards Earth where you see three giant alien hits blasting Earth. So when you reach near them, you and two friends are flying. And this is from the perspective of yourself inside the ship. So when you look around, you will see the ship and then the ship will move a bit slower than the way that you turn. So you can kind of look around and then you will automatically fire a laser. So you’re supposed to fire the laser at the alien. So you aim and fire at the aliens.


We’ve talked a lot about your programming and art. We’ve said that you’re mixing it all up. But I was also wondering, some people say that both of those spheres are totally different and then mixing them is impossible, like programming and art. But you kind of disagree. So why, in your opinion, are these worlds a perfect match?

These worlds are a perfect match in AR, because you need a bit of programming, you need a bit of art. Actually, it’s the same for game design. I would say game design… If you want to be creating the whole game yourself, you would need a little bit of cinematography, you need a little bit of storytelling, you definitely need programming, you definitely need some logic. You need everything. Then after that creation of the assets, if you’re creating your own assets you need 3D modeling, you need Photoshop, so I think AR and game design, it kind of forces you depending on what kind of AR you’re doing. If you’re making simple AR filters, you don’t really require it. But if you are making games, making experiences, then you kind of need a whole suite of skills. So it’s kind of a perfect blend for people that are working alone is the best because the software itself doesn’t take up. You wouldn’t require a whole team of people to be building a whole Pixar movie or something like that. For an AR game it is easier. I couldn’t say easier. You can do it with one person.


And how basically do you see your future in the AR world and in which direction basically maybe Augmented Reality will go. If you have any suggestions…

Which direction would it go? I’m guessing it might go the wearables route. It might go the VR route. I’ve recently been very much picking up my VR goggles again and getting me and my wife to play, like, multiplayer VR games that other people make, and then just to do some homework on what kind of games that I might be making. So I might be making some VR games in the future. Yeah. But I generally don’t like to plan these things because plans always change. So we just generally know where we want to go, and whatever happens, happens.

In the first place we should say that it was a great honor to interview you Eugene, to see your multifaceted visionary nature and to be ignited by your ARtistic adventure. 🤩

We hope that you, too, were inspired by the story of our guest and infected with creativity and insight. After all, as they say: “There is no doubt that creativity is the most important human resource of all. Without creativity, there would be no progress, and we would be forever repeating the same patterns” – Edward de Bono. So stay inspired, enthusiastic and curious! Stay with us! ☄️