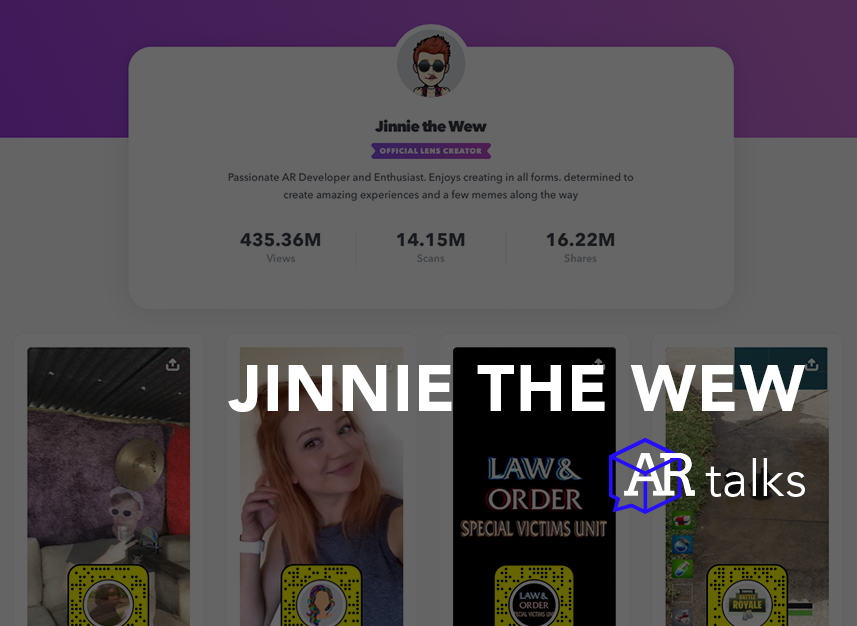 After three interviews with well-renown Spark AR creators – Piotar Boa, Marc Wakefield and Josh Moore we are delighted to present our talk with one of the most influential creators from Snapchat’s Lens Studio. With almost half billion views, over 14M scans, 16M shares and dozens of highly viral and shareable lenses our guest today is Official Lens Creator – Jinnie The Wew!

In your Twitter Bio, you describe yourself as a programmer, meme maker and AR/VFX Artist. Which title describes you best? Could you please tell us more about yourself?

I’m not entirely sure that any of these titles describes me better than the rest. The title that best describes me would be creator – I enjoy creating in any shape or form! I work on things like games, videos and even a bit of music. I get inspired by other creators and the world around me, this usually influences what medium I feel like creating on.

Social media AR became another way of creating and sharing memes. They are mostly popular on Snapchat. Why do you think is that? What are the ways in which AR can enhance fun side of the Internet, also on other platforms, besides Snapchat?

I think they’re mostly popular on Snapchat because it gives people the opportunity to create their own memes, in their own way. It adds a personal touch to memes – people can share it with their friends really easily on snapchat.
I think one side that Snapchat haven’t capitalized on yet is the AR game space. There is so much potential for multiplayer AR games. Bringing a game into augmented reality adds a level of interactivity that can’t be achieved by mainstream games.

Besides meme lenses, you also create those which are really impressive in case of 3D design, like Playable Piano or Portal, or are really imaginative, like my favourite one, the Foggy Mirror. What is your favourite lens and where do you look for inspiration?

The favourite lens that I have created would have to be the Crash Bandicoot lens. It was the most enjoyable to work on and the lens that I am most proud of. I draw inspiration from just about anything, from movies to games, to music and even just everyday life. Everytime I think of an idea I write it down on my phone – then I’ll pick the idea I like the most next time I feel inspired to create.

We as Lenslist, collect Snapchat Lenses and Facebook Camera Effects, so it is hard for us not to compare one to another. So tell me, why Snapchat and not Facebook?

For me it’s more of a personal preference. I much prefer working in Lens Studio compared to AR Studio, I really like the Snapchat Community (both the Snap employees and other lens creators alike) – they’ve given me lots of support over the year. Lastly, again down to a personal preference, I have never really used the Facebook Camera Effects at all, I find Snapchat to be a better medium to share those lens experiences on.

Are Snapchat Lenses only a creative space for you or is it possible to make a living out of it?

Lately Snapchat has been my predominant creative outlet and I really enjoy creating Snapchat lenses for fun. I also create marketing/advertising lenses for companies on the business side, so it is definitely possible to make a living out of this technology.

Lastly, what do you think is the future of AR and what part will social media take in its development?

I believe the future of AR is heading towards games and marketing. These two markets seem to be growing the fastest in AR space. Soon there will be products that you can try on virtually and buy them within the app you are viewing them in – Nike is already doing this to sell product.

Thank you so much much for the interview and we are all looking forward to seeing more amazing lenses from you!

Make sure to visit Jinnie’s Official Lens Creator profile and check the effects that are already posted on Lenslist! 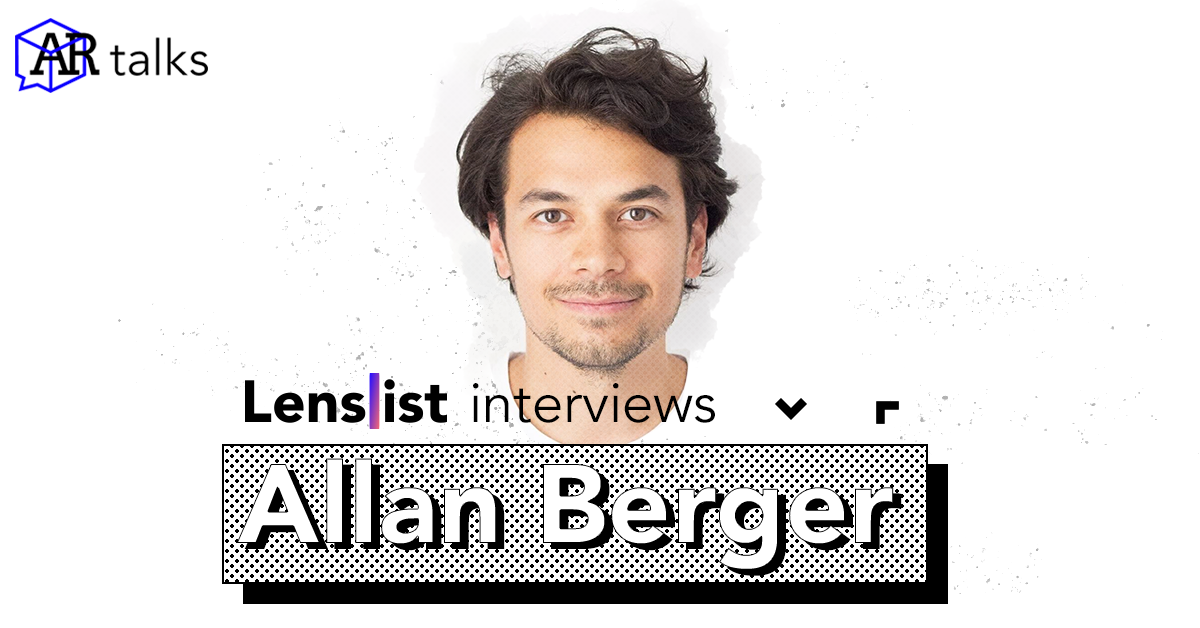